Growing up as a military child…

Kieran Everett (15) is one of our teen guests on SQUAD – our very special podcast series. Here he tells us what it’s been like growing up as a military child and what advice he would give to other little troopers like him.

My Dad serves in the Royal Air Force and I have been a military child my whole life. From a very early age, growing up as a military child gave me a number of crucial skills. I was always taught to try my hardest in the things I did, I learnt how to be welcoming and kind to others (no matter if they were moving as a military child or not). I also learnt to be sociable, resilient, accept people quickly, be flexible in different situations, be independent and a team player – the list goes on.

I have been lucky that I haven’t moved around alot and I started my education in a civilian dominated school. The first time we moved I was nine and it was a weird feeling as I hadn’t done it before. I didn’t know what to expect, and I was moving to a military school. To be completely honest, it scared me but when I got there all the children had the same welcoming attitude that I did and this made me feel at home. I realised that almost all military students have felt the same way I have done at some point. This is when I knew I was not the only one who had ever had these thoughts and feelings.

I was extremely lucky with my second move as I moved back to my hometown. This is where I met my best friend Alfie who is also a military child and was also a guest on SQUAD. We had similar things in common as we had both recently moved home, we shared similar interests and both had shared interests. It is a nice feeling that we will now get to do our GCSEs together.

We were coming to the end of Year 6 when we met and made the transition to  secondary school together. I think we dealt with the transition well as we’ve both had to move home and school in the past. I think lots of the service students dealt with the move better than civilian students because of our previous experience of moving.

In my secondary school the teachers are extremely friendly and they always have time to listen. Nevertheless, Alfie and I felt that we could provide more for military students so with the support of our teacher, Mrs Owen, we decided to start a military club. This was to allow service students to come together and talk with other people who understand their concerns and can help give advice.

It also allowed us to have guests in and do some team building exercises. Due to our experiences and efforts to make a difference with service students, Mrs Owen suggested that Alfie and I apply to be guests on the Little Troopers SQUAD podcast. We travelled down to London to a recording studio, which was really exciting and everyone at Little Troopers was so kind and helpful. 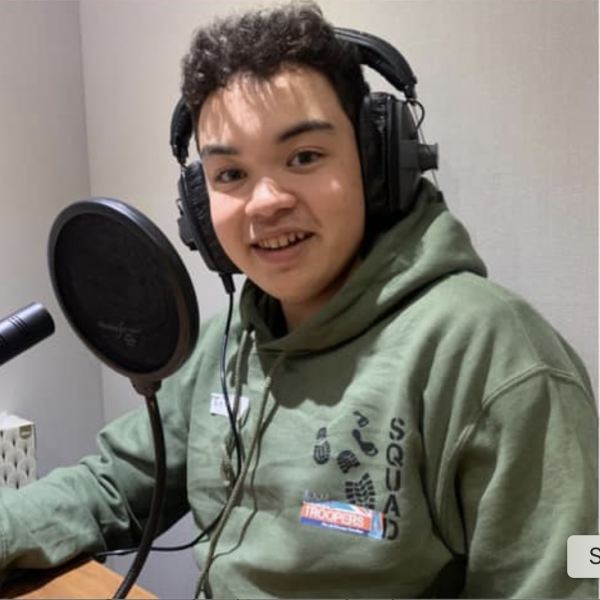