SQUAD presenter Thom Smith on growing up as a military child

In September, our charity launched a brand-new podcast series for military teenagers called SQUAD. It’s presented by broadcaster and TV presenter, Katie Thistleton and professional rugby player, Thom Smith. Thom’s Dad serves in the Armed Forces and he chatted to us about his own experience of growing up as a military child and shares some of his favourite moments from recording SQUAD.

Thom, for anyone who doesn’t know, can you tell us a bit more about your connection to the military?

My Dad has served in the Armed Forces for nearly 30 years. He did six years in the parachute regiment and is now in the Royal Air Force. He has completed multiple operation tours to Northern Ireland, Sierra Leone, Kuwait, Jordan, Iraq, and Afghanistan.

What was life like growing up in a military family?

Military life is very unique and there is nothing quite like it. Growing up seeing your dad leave for large periods of time – sometimes to extremely dangerous and life-threatening places – is a difficult thing to understand and process as a child. However, as you get older you really start to see how special the forces community is and how it is made up of so many tough and versatile individuals. Having a group of people who are all going through, or have gone through, similar experiences, who can honestly say they know exactly how you’re feeling, creates such a tightly knit group and brings out the best in everyone.

I remember going through a particularly difficult time on one of Dad’s tours when we weren’t living in quarters and his mates travelled a long way from camp at the drop of a hat just to spend the day playing football with me and provide a distraction. It doesn’t sound like a lot, but that will stick with me for the rest of my life. It’s easy to focus on the negatives of what military life brings, but at the same time it equips people with so many life lessons and skills at such an early age, which will prove invaluable later on.

Why did you want to support Little Troopers and get involved in the SQUAD podcast?

I have wanted to be affiliated with a charity for some time now and I was looking for an organisation where I felt I could help and make a real difference. I first heard about Little Troopers when my little sister, Florence, took part in a workshop at school. She really benefited from using the charity’s resources and after I did a bit of background research into the charity, it was a no brainer.

I know first-hand how difficult it can be as a military child so finding a charity which dedicates all its time to supporting and trying to get the best out of military life for them was so easy for me to get on board with. Similarly, I believe the SQUAD podcast is a fantastic project that has been in the pipeline for some time now and I’m so happy for Louise and Little Troopers that it’s finally come to life. It is the first project of its kind to provide a platform for military teens to listen and relate to. Having people my age to validate and help understand what I was going through when I was younger would have been amazing, so hopefully this podcast really helps other young people out.

What were your impressions of the 15 military teens who star on the podcast?

People have always told me that being a military child forces you to grow up quickly and develop a maturity that most people don’t have until they are way into adulthood. But sitting down and speaking to the children and listening to their stories and experiences was such an eye opener. The way they all spoke with such confidence and maturity took me completely by surprise. They were all so switched on and had such a great understanding of who they were and weren’t afraid to show it. I honestly think that some of the advice they gave was wise beyond their years and I will be taking it on board and using it myself. They really were old heads on young shoulders, and they are all going to grow up with this huge amount of life experience that most people won’t have in an entire lifetime. That’s really something special.

Are there any particular stories or experiences that are shared on SQUAD that you really relate to?

There were lots of stories that I could relate to. Even some of the more unusual stories, like Alfie receiving a scorpion in a glass – I received scorpions and a tarantula in glass too! But personally, recording the podcast was such a special moment for me because it brought me back to all the little things that military families share such as phone calls being cut short, chicken wire fencing, blueys, the horrible standard issue curtains in quarters – that unlocked so many memories that I had totally forgotten about. It really was a trip down memory lane.

What was your favourite story?

I think my favourite story was the friendship triangle from episode one (which still confuses me by the way) which led to Alfie and Kieran being best mates. They ended up meeting through a mutual friend that they both knew from other postings. For me it just shows that what can be perceived to be one of the negatives of military life – moving around a lot – actually resulted in a lifelong friendship which probably would have never of happened if it wasn’t because of the military.

What do you hope military children will take away from it?

I hope the podcast allows them to recognise all the positives of military life and gives them the chance to really make the most of whatever is thrown their way. Growing up in the military allows you to develop so many different life skills at such a young age and it can provide an excellent foundation for you to go and achieve all you want to from life. Don’t shy away from being a military child, it makes you, you!

What advice would you offer to any young people from military families who might be going through a difficult time?

I really hope that the SQUAD podcast drives home the fact that they are not alone and never will be. Both the enjoyable and the tough times that you experience through military life create so many unique and special memories. Only a handful of people are lucky enough to be able to share and relate to those and that creates such a tight and caring community. I think talking to someone and just getting those thoughts and feelings out of your head is often the hardest but the first crucial step in making things better. So, any troubles that you may find yourself in, don’t bottle it up, share it because I guarantee you won’t be the first or last person to feel that way! You know what they say, a problem shared is a problem halved. 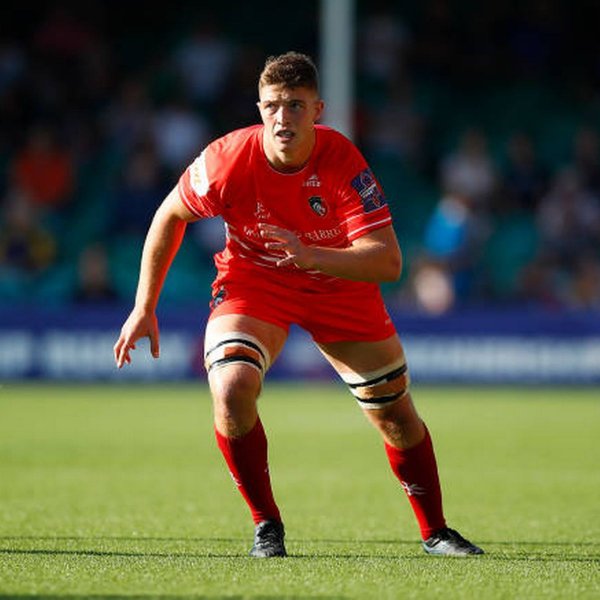 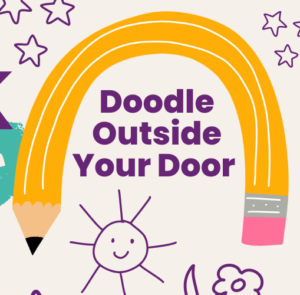 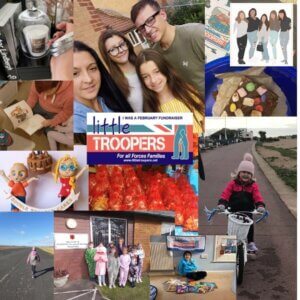 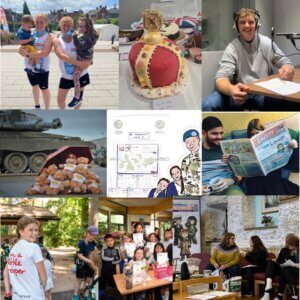 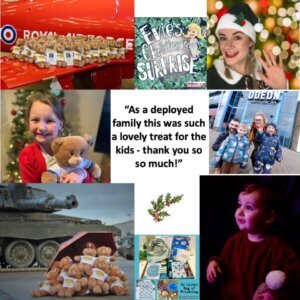