They did it!!! Mission trek…COMPLETE

A whirlwind of a week ended with us heading north to Snowdonia…I can confirm it’s a long way!!!
We had so much kit but figured more kit meant more warmth?! It had been a glorious day down south on Friday but as we made it further into Wales so the weather got worse, wetter and more windy…’Oh no mummy, its going to be like the practice trek’ Madison squealed!
Arriving at http://www.cabancysgu-gerlan.co.uk/ our bunkhouse for the weekend we all (20 of us!) got together, checked kit, drank beer and discussed the following day…..praying the weather would brighten up!
Three very excited girlies and a room of bunk beds proves for an interesting nights sleep but we all dropped off with alarms set for 6.15am……

Up bright and early, first thing we did was look out the window…yup it was still raining…  kit all present and correct, the girls did some early morning prep filming with ITV London while we all packed daysacks and sorted packed lunches and we were off!!!!!!!!

The mountain was about 20minutes drive from the bunkhouse, the closer we got the tighter Madisons grip got on my hand…she whispered ‘Mummy my tummy feels funny’ suddenly it dawned on me…this was a massive step into the unknown for these girls and they were only 7 yet prepared to do this and be guided by us and safe in the knowledge they would be fine. I too had a few butterflies…3 hard, long months of organisation and preparation from many people had bought us to this day, this mountain…so many people had supported the trek and so many people had donated…I prayed all would go to plan.

After a slight hiccup in that our car managed to get seperated from the other 4 cars which resulted in us sitting in the wrong car park thinking…this is NOT right we must be in the wrong place!!! Crisis diverted we made our way to the right car park!!!

The team gathered, a few photos and prep talk from trek leader then we were off heading for the Snowdon Summit… 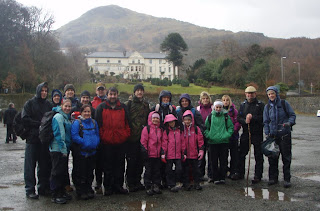 The girls would be trekking the Llanberis Snowdon path all the way to the summit…in the wind and rain. Spirits were high as we set off and we made good time to the half way house…we stopped for a drink and food but Madison had other ideas…she was tired and could see how far they still had to go..this is when she decided she’d had enough and wanted to go back….she’d decided the wind was going to blow her off the mountain and this wasn’t a risk she wanted to take!!!! 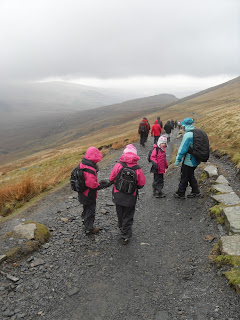 All the girls found their pace and did so well considering the conditions, slowly the summit was getting closer and people were passing saying ‘only 15 minutes to go’ as we approached my legs were hurting and it was so steep, chocolate was needed for energy and determination to get up the mountain and for Madison to not see me upset, this was such a challenge for all of us.

Finally the summit was becoming a reality we found an area just below and all waited until the group was together to reach the summit, we had a sandwich and put on loads of extra warm kit, it was so cold and you really couldn’t see anything it was all white. Whilst reaching the summit we even had a sleet storm!

All together we headed up the final section to the summit, about 1.15pm 3 hours after we set off.. banners in hand and cameras at the ready, we all whooped and smiled and here writing this blog I have a tear, WE MADE IT and the girls were so so happy their screams of joy melted my heart and will stay with me forever. What an achievement. 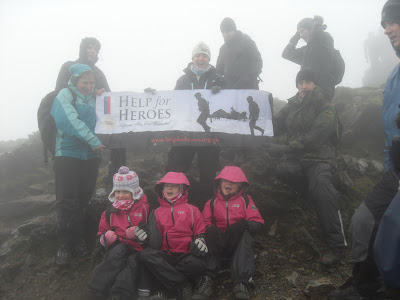 We needed to now get down, it was cold and the girlies were starting to feel it with their hands like blocks of ice we needed to get moving, the weather had got worse as the morning had gone on and coming down we could really see evidene of this. It was definatey quicker coming down and the girls had great fun running and playing…plus a few falls!! collecting stones, chasing Jack, Isabellas dog, telling everyone they met what they were doing….I knew we were making memories right there…this experience would stay with all of us forever.

Feet now tired and sore in places, very wet…infact soaked through, stiff legs setting in we were very pleased to reach the bottom at roughly 3.20pm and heading straight to Petes Eats in Llanberis…tea and cake awaited 🙂

The girls were presented with some surprises from the Daddys in Afghanistan in the form of a video for Madison and an audio clip for Victoria and all with a medal and certificate, I shed a few tears…suddenly I felt a wave of emotion…we had done it…they had done it and right now at 7years old I don’t think they have any idea what they have achieved and quite how many people they have touched and inspired with their story but one day they will look back and smile. 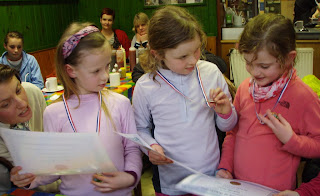 The strength the girls showed over the weekend was something else and I’m bursting with pride to have been a part of this.

I thank every one person who has donated, everyone who has supported, everyone who has been a part of the ‘My daddy is a Soldier Trek 2011’ because 3 little girls who do have soldiers for daddys just did something amazing and for such a great cause, I’m just privileged one is my daughter. 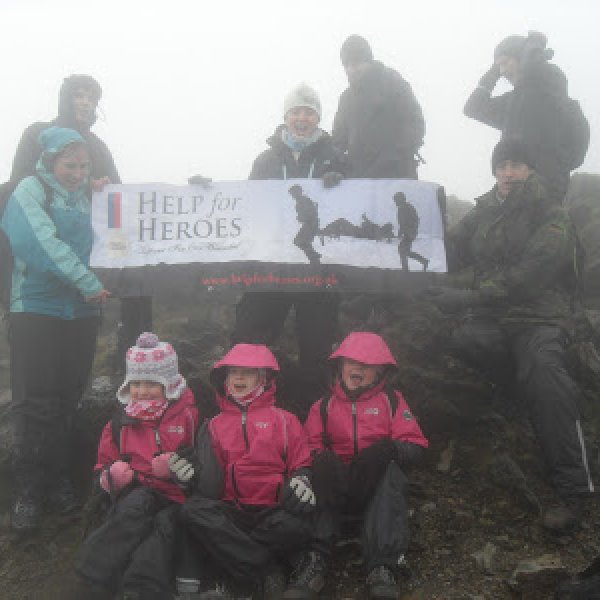