Daisy clocks up 671 miles for charity 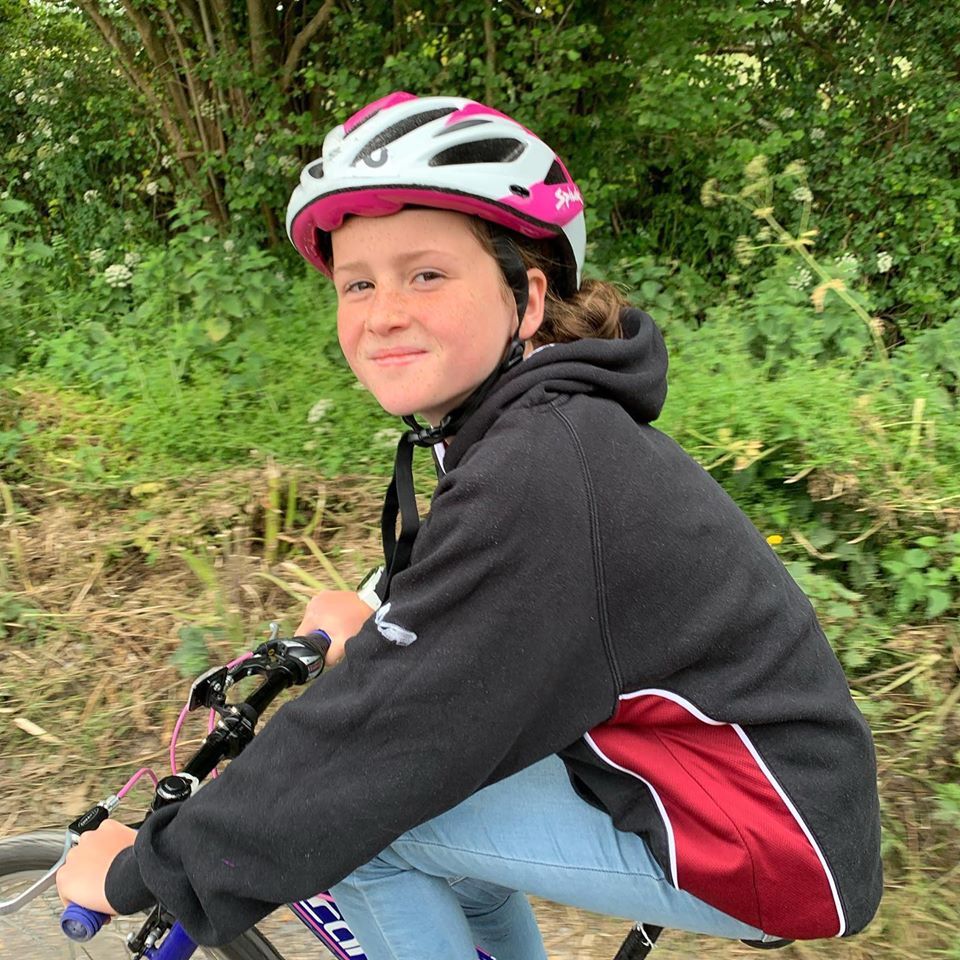 11-year-old Daisy Sears from Salisbury is clocking up 45 miles of running and cycling every week until September to raise money for Little Troopers and Blood Cancer UK. Daisy decided to take on the mammoth fundraising challenge when her Dad, who serves in the Army, was deployed to the Outer Hebrides at the start of lockdown, 671 miles away from home. Daisy, who was already a keen cyclist and county runner, decided to use the distance as a fundraising target and has already raised more than £2,000. The money will be split between Little Troopers, the military children’s charity and Blood Cancer UK. To reach her target, Daisy is going out every day to complete a 10K run or cycle, as well as juggling her school work. With no exercise bike or treadmill in sight, Daisy is completing the whole challenge outside, whatever the weather and has had some scorcher days! She has even roped in some of her neighbours to join her for social distanced runs or to cycle alongside her if they can’t keep up! Daisy said: “It is very challenging and some days I don’t feel like going out, but I always enjoy it once I’m out there and I’m really determined to reach my target. Little Troopers were an amazing support for me and my sister during times when my Dad has worked away from home, so it’s a charity close to my heart. I also wanted to support Blood Cancer UK after two family friends have been diagnosed with the disease including my neighbour Gayle, who is one of my biggest motivators on this challenge.” Daisy’s mum, Claire, adds: “We are so proud of Daisy. She has always been into her sport and enjoys running and cycling but even by her standards this is a huge undertaking. She’s still got a long way to go but we are behind her every step of the way and we know that she has the determination to succeed.” Louise Fetigan, founder of Little Troopers, said: “We are honoured that Daisy has chosen us as one of her charities in this incredible challenge. It’s amazing to see someone so young be so self-motivated and inspiring. We wish her lots of luck in reaching her target and we’ll be cheering her on to the end.” You can follow Daisy’s adventures on Facebook, Twitter and Instagram @DaisysCharityChallenge or donate at uk.virginmoneygiving.com/Team/Daisy1