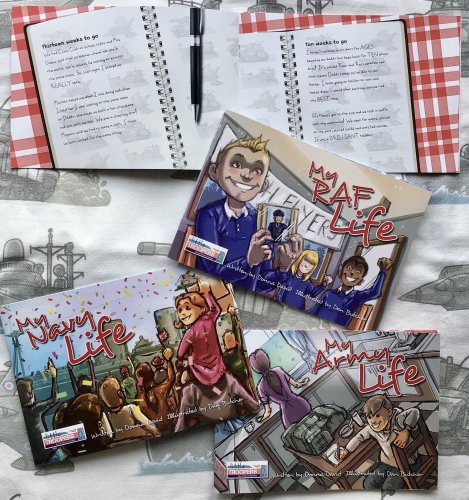 My Navy Life
My Navy Life is the story of a young girl whose mum is deployed for twenty two weeks. Grandma comes to help, the military community rally around and Dad fills the days with as much fun as possible, but nothing quite makes up for Mum not being there.
*If you would like all three book titles see the bundle item via this link to save*