For this month’s meet the teacher, we spoke to Lisa Butters, a history and politics secondary school teacher from Scotland. Lisa told us that idea that all military children are resilient is a limited one and that she thinks giving all service children a space in school to feel listened to and supported is vitally important for children’s mental health.

Tell us about yourself and how you came to be a teacher:

My teaching career started by accident – I never intended to be a teacher as I hated school! I had a job helping out in a school and the Head Teacher suggested I take some lessons and then apply for teacher training. I did, and never looked back. I love teaching because I absolutely believe that it’s the best, and most underrated, job in the world. Young people are wonderful to work with.

How many military children are there in your school?

My husband serves in the military and we are between postings at the moment, so I’m not currently working at a school. But I have worked in 3 different schools over a 13 year period and it wasn’t until my last school that I was aware of teaching military children. We mostly had Navy children as it was near Portsmouth.

How do you think secondary schools should support forces’ families?

There isn’t much provision at all for forces families – which is why it’s great to see Little Troopers has launched new resources specifically for secondary schools. In my last teaching role, the school was aware of some of the issues and they were certainly very accommodating with my own circumstances as a military spouse (allowing days off for homecoming, etc) but there was nothing formal in place. I think because secondary school is very different, with pupils moving round classrooms and teachers all day, it is far more difficult to engage with programmes and initiatives and so provisions are often few and far between.

Why do you think it’s important to offer targeted support for military children in school?

I often bang a drum about this as I feel military children are expected to keep calm and carry on because that’s the lifestyle that they were born into. But it wasn’t their choice to be born in to a family that has added stresses and strains and the idea of resilience is a limited one – children are resilient but only to the extent that they are capable of. They do get upset by deployments – especially 9 months ones which often loom large for Navy families. Having talking space away from family, who they often don’t want to ‘let down’ by admitting how hard absences are to bear, is vitally important to our children’s mental health. I think having a point of contact with someone they can talk to is the very least a school can provision. I believe that every school should have a counsellor, but it is out of most schools budgets, through no fault of their own. There isn’t an easy answer here, but I think dialogue with military families is a good place to start and I’m not sure how many schools do that.

Do you have a connection to the military? If so do you think this helps you when interacting with the service pupils?

I have been married to my hundred, an officer in the Royal Navy, for 5 years and have a 2 year old daughter. The pupils in my last school were aware that I am a military spouse and I actually taught many of the pupils in the school that were from military families (and even lived on the same street as 2 families). I think parents were at ease discussing issues with me. There was often a nod of acknowledgement from parents at parents’ evenings and events and I was certainly able to engage in conversations with the pupils about the difficulties of deployments and parents who were often away. My husband was also able to organise a trip on board his then ship for a little group of my younger pupils and a mock interview with an older pupil who was joining the service. We had a few other teachers who were former members of the Forces who did the same.

In your experience, what are the biggest challenges faced by military children in school?

I think homework and extra-curricular activities can be tricky to juggle if you are living away from your service person. Most schools generate lots of homework and it might be the case that children from military families use evening times to communicate with parents who live away from home, and weekends may be ring-fenced for family time. I think an acknowledgement of this is vital and some flexibility offered. I think also the cycle of deployment applies massively to children – they are going to feel ALL the big feelings and, again, acknowledgment is key. If they can’t focus on work because a parent had just been deployed then there needs to be support rather than admonishment. A simple ‘how are you doing?’ or ‘how can I help rather?’ rather than ‘why haven’t you done it?’ could make a massive difference. But I feel this probably would mean some teacher training CPD….and, again, budget!

What’s the one thing you think is most important for schools to do for forces children?

Provide opportunities for visibility. Make them seen. There are so many great resources on Little Troopers that can be used and slotted into lots of curricular areas, assemblies, libraries. Make them feel like you’ve got their back by supporting them. Support, support, support! And help them have fun when their world feels just a wee bit hard.

What advice would you offer to other teachers and schools working with military children?

Listen. Every child wants to he heard. Let them tell you their story. Lots of kind words when they are missing their loved ones and celebrate with them when they get them back. 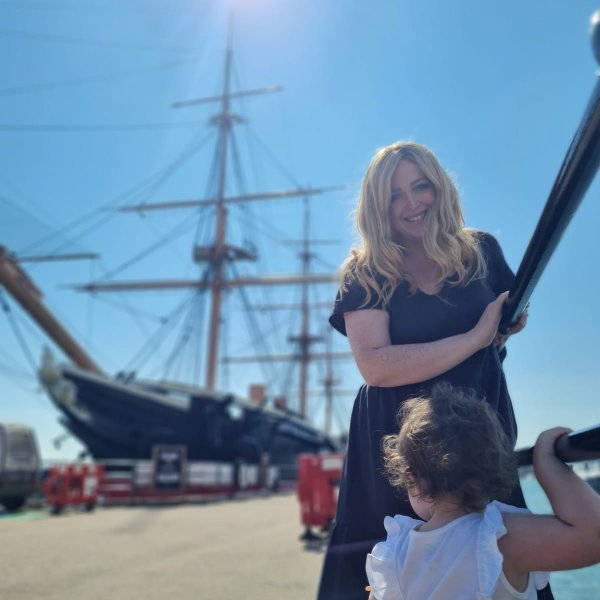