As April Month of the Military Child closes I wanted to write a post celebrating my dandelion.

I find a lot of the time people see growing up as part of a military family as a negative, but looking at my nearly 18 year old I can honestly say I truly think it has given her so much confidence, so much positivity and so many life lessons. I wish I had been half the person our daughter is at 17.

Even though I joined the Army at 17 myself, I didn’t grow up in a military family, my grandad was in the Navy but that was about it. My husband was a military child until he was seven years old so can relate a little more to the experience.

Madison was born in Germany as that is where we were based at the time. In the first two years of her life my husband squeezed in three deployments – two to the Iraq war and also a UN tour or Cyprus.

It was 2005 when we got posted back to the UK and we haven’t had an overseas posting since, but that hasn’t meant Madison has experienced huge amounts of stability. Since returning to the UK she has lived in seven houses, her dad has been on a further four deployments, countless exercises and she has been to eight schools.

There’s been many friendships that have been made, many goodbyes, lots of clubs joined and left and so many teachers that have all contributed to her journey through her military life.

Schooling in particular has been the wildest rollercoaster for her and ultimately lead to the creation of the Little Troopers at School project. It just blew my mind that nothing existed for schools or for military families to help navigate through education when moving over and over again.

Madison alone has been to a first school, a junior to a primary, up to a secondary school then to a middle school, onto an upper school, back to a secondary and finally to a sixth form.

She did a little French, German and Spanish across the schools so couldn’t take a language GCSE and she moved after Year 10 due to us being posted and had to drop her PE GCSE as the new school didn’t run it.

Just because things aren’t easy doesn’t mean there is no good to be found. In amongst all of that change she has had the best memories, great experiences and she has always had the stability of us at home. Her bedroom has always been the same with her bits and bobs, we’ve always tried to keep home familiar – lots of furniture that we have had years, belongings, photos – it sounds strange but this has really helped to keep every house the same home for her.

Madison is now nearly 18. She achieved nine great grades at GCSE, has been working towards three A Levels and has secured a place at university this September to study nursing.

Do I think Madison is disadvantaged due to being part of a military family?

Absolutely not. It may not have been an easy ride for her but it has made her the amazing young girl she is with a super bright future ahead; she would also like the military to feature in her future after her degree, so it really can’t have been that bad!

Madison isn’t scared to be heading off to a new chapter at uni because she has done it so many times before, she is a total pro at making friends and will embrace it all just like she has done for the past 18 years.

Madison’s patchwork of military life makes her who she is today, a very special dandelion.

Please don’t worry about what the impact of military life may be for your little troopers, all of them with lots of love, nurturing, a little hand holding and security of home will grow up to have their own patchwork of fabulous qualities gained along the way. 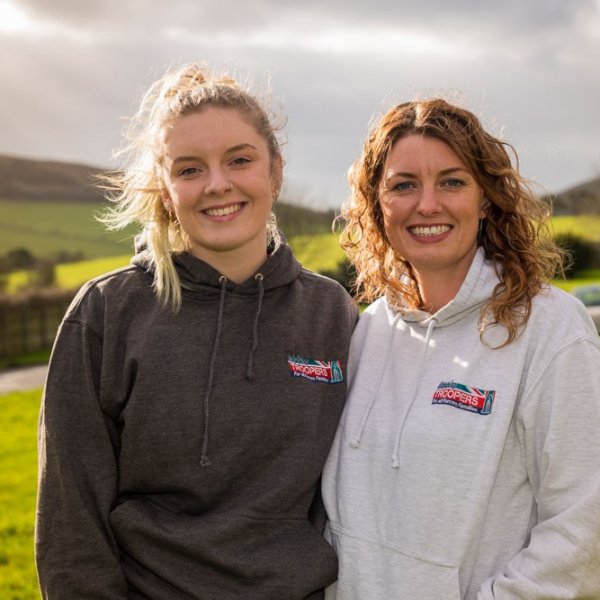