I finally feel strong enough to write this post

Happy 2019! I was so glad to see the back of 2018 to be honest because it was the ultimate roller coaster for us as a family, I was very ready for a clean slate, to start again fresh.

Lots of time has now passed since I last blogged, my husband returned from deployment nearly six months ago now! Lots of repairing and reflecting has happened in that time, I definitely feel like I have lost some of the pain I was carrying on a daily basis and the balance seems to have reset a bit within my body.

There was one last post I wanted to write with regards to our last deployment but I needed to feel strong again to write it, I really believe in the power of sharing and thought it was an important post to write, a subject we need to raise awareness of and reaffirms why the charity Little Troopers is so needed. I blogged a lot throughout the deployment about how I was feeling and how it was affecting me but something I didn’t include in the posts at the time was how it was affecting our daughter and how that manifested into a very scary time for us.

My husband deployed to Afghanistan in January 2018, myself and our daughter who is 15 had done this many times before and we were settled in Windsor with friends around us so it was going to be fine for both of us. Obviously any separation is hard and it would have its challenges but I truly believed we were going to be OK.

After just a few weeks of being deployed my husband received the news that he would be getting posted, lots of muffled phone calls later we found out the posting was going to be three hours away from where we were in Windsor. This opened up so many discussions because our daughter was in Year 10, her first GCSE year, moving in the summer would mean moving her mid GCSEs…..options were to retain our military house in Windsor and he would live away Monday-Friday, she went to boarding school or we all moved. These conversations and decisions being made over bad phone calls whilst my husband was deployed was so stressful…what was the right thing for everyone?

A couple of months of deployment had now passed. Madison our daughter started complaining of headaches and fatigue constantly so I took her to the opticians where they said her eyesight was OK but to have some reading glasses which may help. Time passed but the headaches didn’t.

Madison’s symptoms seemed to worsen, she was having nose bleeds quite frequently, had episodes of feeling faint a lot, pins and needles in her gums which sometimes spread to her face, I didn’t know what it could be we tried more water, eating better and lots of sleep but these episodes kept flaring up. In the end I took her to the GP.

She had some bloods and her blood pressure was raised so we were referred to a pediatric consultant. I was so worried about her, on top of Tony being away I didn’t know what was wrong with my baby. Her appointment came through and we went to the hospital, the consultant was lovely and checked her thoroughly but was concerned so we were referred for an urgent brain scan and some heart tests. All this was meaning lots of time off school, I felt like we were at the hospital every couple of days for all the appointments and the school started calling asking why Madison was off so much…the stress just mounted and mounted, it was so frightening but I had to be strong for her. The day of her brain scan I will never forget it was such a hot day, I felt so sick, she was so scared her face showed every emotion, I ended up going into the MRI room with her and held her feet, I knew I had to be her rock at that point.

My husband had now been deployed for four and a half months or so, the end seemed to be in sight and I so needed him home. We’d made the decision we were all moving and removals were coming 10 days after he returned.

More time passed and Madison had all her tests and we got all the results and spoke to the consultant……the tests were clear, they felt her physical symptoms were due to anxiety.

My job is the well-being of military children, I am constantly talking about the impact military life can have and I missed it in my own child. I didn’t see the huge effect the deployment was having on my 15 year old. I had very wrongly assumed that because she had done it loads before, because she wasn’t a little girl any more and it was almost normal she would be fine, and she wasn’t, we weren’t fine. I also underestimated the impact the deployment would have on me too, it wiped me out but you all know that already!

The anxiety she was feeling could have been down to her dad being in Afghanistan, knowing we had an unexpected move pending, knowing she was going to have to move school…a combination maybe but it was definitely the challenges military life can sometimes deal us that was causing her to have these symptoms, subconsciously I believe because at no point did she vocalise she was feeling anxious, it all manifested in physical symptoms.  It was stress, panic attacks, anxiety.

My husband returned from deployment and we moved, almost like a switch the symptoms went. I believe that is because she felt safe, secure and her normality was returning the reason for those underlying feelings had disappeared.

2018 taught us as a family so many lessons, some good and some bad but it reminded me that situations can affect ALL of us no matter what age, no matter how many times we have done something, no matter how long we have lived this military life. It never gets easier and we never get it totally right because we are always in a different stage of life.

My daughter is thankfully back to being a thriving teenager with no hospital visits, no more scary tests and no more horrible episodes of physical symptoms. I hug her a little tighter each day because I am so proud she is ours, no one asked her if she wanted to be a military child she was just dealt this life and we expect so much from our Little Troopers, we just expect resilience from them. I learnt the hard way all our armour sometimes has chinks. 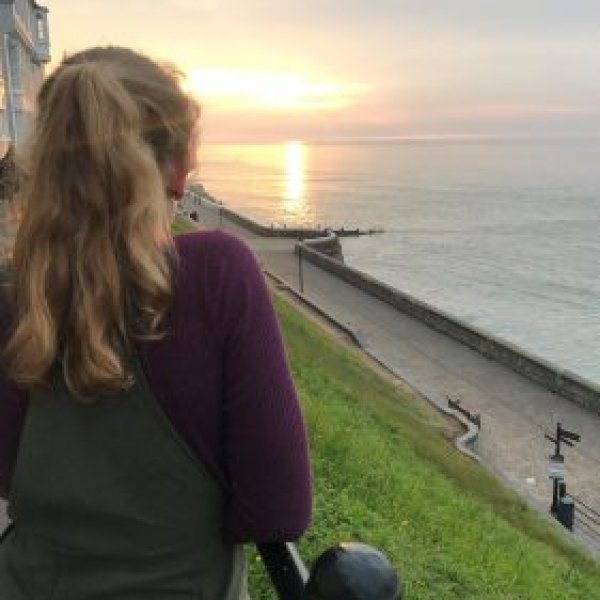