Being a teenager with a parent serving in the British Armed Forces can be challenging. Teen military children can arguably feel the pressure of military life more intensely than their younger primary school peers. Moving home and schools frequently can be more complicated due to curriculum delivery differing from one setting to the next and GCSE and A-Level options vary enormously between schools. Having a parent deployed or away from home can make for an emotional rollercoaster at times and social change – saying goodbye to friends and having to make new ones – can also be much harder as a teenager.

These are just some of the reasons that Little Troopers decided to launch a new online Resource Hub for secondary schools. Created alongside teachers, forces families and behavioural experts, the resources offer teachers targeted and practical ideas to get children aged 11-16 talking about forces life using a range of activities including creative writing, making a podcast, engaging in the community and even setting up their own Forces Life Club. Schools can also access information sheets including Armed Forces Assembly ideas to Governors Guidance tools and leadership checklists. The resources can be used by any secondary school with service pupils – be that one service child or two hundred.

One of the first schools to try out the new Little Troopers resources is Coombe Dean School in Plymouth. Coombe Dean School has approximately 75 military students with a mix of Royal Navy, and British Army families who mostly live in service accommodation in and around Plymouth.

Despite lockdown restrictions limiting the social contact allowed between pupils, the school was able to run Little Troopers sessions with small groups of students in the autumn and spring term. One of the first sessions the school tried was a creative writing session where the students were asked to write poems to reflect their feelings and emotions about having a parent deployed.

Angela Hayes, the school’s inclusion coordinator, comments: “Coombe Dean are proud to be part of a resources pilot with Little Troopers and the sessions were a real benefit in facilitating a safe space for Service children to engage and share their thoughts and experiences of various aspects of being part of a Service Family. The children particularly engaged with the opportunity to write poems which were really expressive and insightful.  The resources served as a really good way to initiate what can be quite tricky discussion subjects for service children.

“Going forward these resources will become a regular feature in our Service pupil workshops at Coombe Dean.  Plans are afoot to raise the profile of Service Children Support including the introduction of a dedicated Service Child Hub via Westcountry Schools Trust (WeST). The hub will enable us to centralise and share initiatives and events that we are involved in aimed at supporting and enriching the school experience of our Service Children.”

Louise Fetigan, founder of Little Troopers, adds: “As a charity, we think it is really important that military children feel recognised and included in school, which is why we’ve created these resources to make it really easy for schools to set aside time to talk about forces life.

“We’re really pleased that Coombe Dean School is one of the first in the country to use the resources and it’s great to hear that students have already been engaging in the sessions and finding them useful. We hope it’s the start of an ongoing partnership to help the school support their military children.” 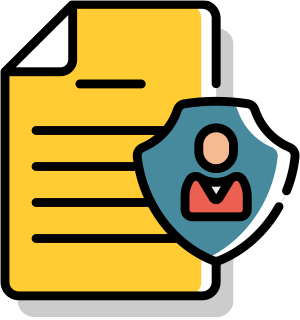